In Honor of the New "Beverly Hills 90210" television show 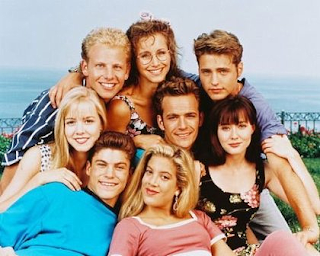 You may not have known that 90210 is being retooled for a new generation. And so, in honor of this special new show I decided today to... shave off my sideburns.

Comments so far include:

"Goodbye, sideburns!" (the woman who cut my hair)
"Your head looks smaller." (Shasta)

I also had that special moment of terror that comes at least once when you are paying your "stylist" less than 15 bucks for a haircut, when my stylist reached for what looked like thinning scissors. Can't she see that my hair is thin enough already?

But it turned out that the tool in question was, in fact, a special razor for people who have a "forest of hair" growing on the back of their neck. The stylist spent several minutes logging in the forest, and then several more moving her hands back and forth across the newly shorn skin and commenting on how clean and great it felt now. I mentioned my wife several times to remind her that yes, I am married. Very happily married.

We can only hope that the new 90210 will have many moments like these. 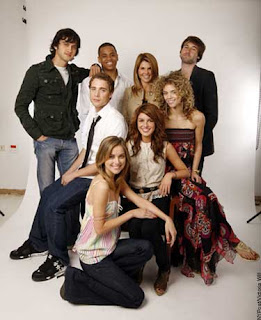 Hard to tell if I shaved off the sideburns prematurely, because apparently I am meant to grow my hair long and hang it over my sideburns. I'll work on it.
Signed,
Nat, owner of the Peach Pit
Posted by Matt Mikalatos at 6:48 PM