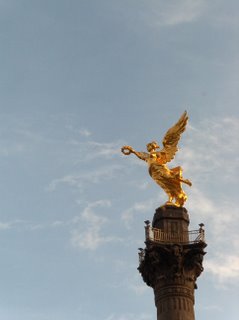 I tried to get us a hotel in Mexico City that would be far away from the protests and demonstrations. But somehow I picked one across the street from "the angel of independence." As we drove up our taxi driver said, "This street has been closed all week. So nice that they opened it today.

The next morning President Fox came and gave a big speech, so there were people all over the place.

A lady was cooking something green nearby, we couldn't figure out what it was. Someone finally explained that they were gorditas, but with green dye in them because the flag of Mexico has 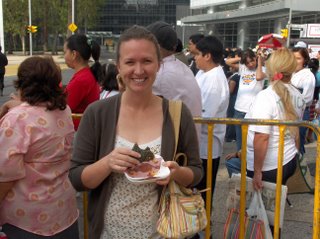 green in it. We also bought a red tamale. the gordita was excelente.

A little while later there was a "parade" in which every soldier, horse and tank in all of Mexico marched, pranced and rumbled past out hotel room to show the superior
strength of the amazing country of Mexico. This took a long, long time. 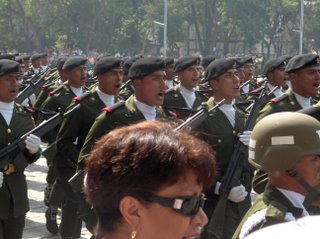 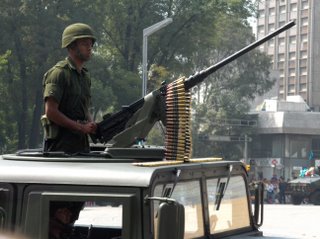 Then the garbage trucks came out to clean up after all the festivities. 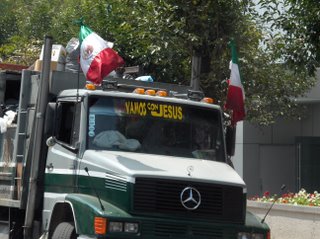 Posted by Matt Mikalatos at 9:55 PM