Fasting Day Twenty-Four: Do Over 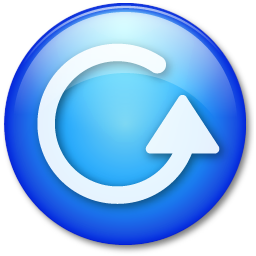 Yesterday, in my attempt to get time alone with God, I found myself sucked into business and what was meant to be a day with God turned into a few hours of reflection. This is not too big a surprise... this happens often enough. So today, I started over and tried again.
I started the day off by driving up to WSU Vancouver, where I sat in the library and read Isaiah 58, where God talks about what fasting really should be.  It’s not about getting God’s attention or even about trying to get close to him. God says “they seem eager to be know my ways” and “day after day they seek me out” and are baffled why they’re not getting an answer, not getting what they want. And it turns out it’s because fasting and prayer doesn't counter-balance the fact that they’re interested in living their lives their own way. They want to keep mistreating other people and one another and they aren’t interested in doing what is right. And God says, that the best thing to do as part of a fast is to destroy injustice, to break enslaving yokes, to provide for those less fortunate than yourself. It made me think of people like Gandhi and Cesar Chavez, and how for them fasting was a tool to try to bring about justice on the earth. And it made me think that here I am, more than 3 weeks into a fast and I am still doing whatever I want. Thinking about myself, focused on my needs, doing wrong things because I like doing them.
Overall, it was a great day of reflection and prayer, with lots of interesting topics to consider.I spent a good amount of time looking at the story of Jesus' 40 day fast and comparing it to the 40 years in the wilderness for the people of Israel. If you compare the story of Christ's fast with Deuteronomy 6-8 all sorts of strange things come out... for instance, the first temptation to "turn the stones to bread" leads us to "man does not live by bread alone"... Jesus trusts that God will provide in a way that the Israelites did not. Some of the books I read said that we should see Jesus as a "new Israel"... if he can overcome the temptations set before him then he will be allowed to take us all into a new promised land. I'll put up a bibliography soon with some of the books I've been reading. I will say that one of the books (by John Piper) was called (like yesterday's post) "Hungry for God." I think if I ever wrote a book about fasting it would have to be called HUNGRY FOR GOD (AND CHEESEBURGERS).
I ended the day by meeting with Pastor Jim, the executive pastor of our church here in Portland, who said that for him fasting is like speaking in tongues… if God gifts him with it or tells him he has to do it, he’ll do it, but otherwise he’s content to let others do it. That's not all he said, but we had a good time together and it was a nice way to end my day with the Lord. I felt like God met with me and I learned a lot, and I was pleased that the day had gone well and without distraction.
Posted by Matt Mikalatos at 5:47 PM