Seattle practically exploded like a teddy bear when Obama won the presidential bid, and my friends in Portland say it was the same around here. Strange episodes of completely spontaneous geriatric bingo burst out, with people shouting things like MCCAIN! I SEE MCCAIN!

As I surf the net, however, I see that people have gone completely out of control with Obama Mania.

For instance, this man has taught his dog to say "Obama."

Others have discovered the effect of Obama's presidency on the far future: 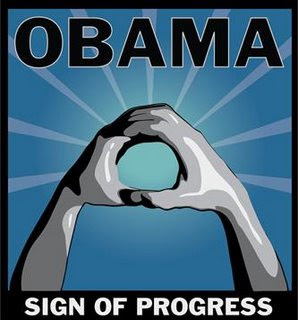 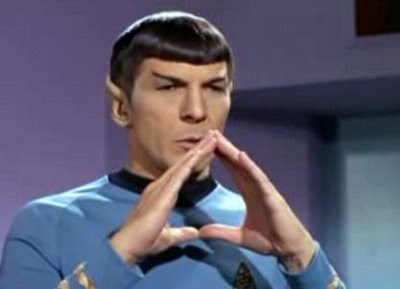 People are making overt references to Obama being Superman: 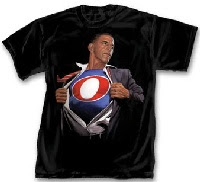 Or some sort of legendary creature: 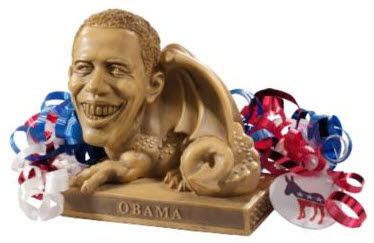 Whatever happened to the old days, when people were satisfied with painting enormous murals of their candidates? 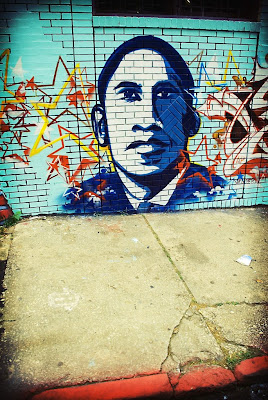 I would like to end this post with a picture of this guy who has an Obama tattoo on his hip, but I debated long and hard and decided against it. You can google the guy, though. Two things will come up, this guy and some guy who had a tattoo artist (who does not specialize in realistic likenesses of the candidate) decorate his calf.

So instead I will leave you with this fashion accessory:

That's for you, Miss Alexis. I expect to see these in your earlobes when next we meet.

Obama Dog via BoingBoing.
Spockbama via Gateway Pundit.
Obama shirt and dragon via Zimbio.com.
Posted by Matt Mikalatos at 8:40 AM