K an I went out to Stint team leader's training in CO last week. We had a great time. It's really fun to be with people who are excited to learn and grow and called to serve God overseas. And of course we were already buddies with some of the gang. 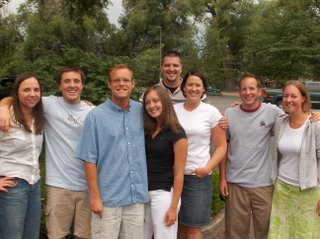 Here's a picture of the leaders we coached. From left to right starting in the back they are: Emily and Bryon (Venezuela), Dusty and Allison (East Asia), Peter and Jen (Lithuania), John and Alexis (Croatia).

I was the MC for the week. I made everyone call me Master. Of course they all obeyed without question. I also explained to them the importance of keeping statistics. This is because I am very well rounded, and find numbers easy to use. I helped out with some thoughts on culture, and of course provided many Leadership Tips... several of which are included elsewhere in this very same website. 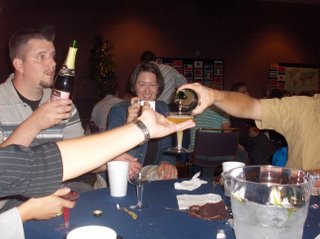 The last night was our commissioning night, which we did together with X-track (a six-week training for people going overseas for three or more years). It was a lot of fun. And that is sparkling cider, of course, in the photo. We started the night out by toasting Jesus together. Well, actually, we started the night out by watching some guys from the X-track do a skit about themselves that would probably have been very funny if we knew what they were talking about. 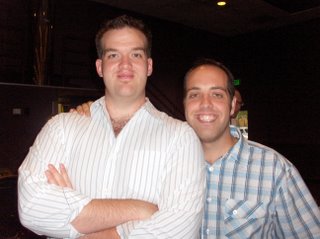 Big John (does he seem taller than he used to be?) and Cecily were there at the X-track, preparing for their first three years in East Asia, and Jamin and Ashley headed for Russia. 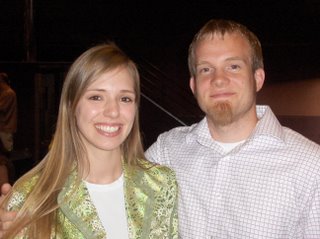 It's so cool to see people we served with overseas when they were students (or recently graduated) going back overseas to stay.

And, for the last picture, I thought I would show you what I do with those who disobey me. BEHOLD THE WRATH OF MY LIGHTNING JOHN ROZZELLE! 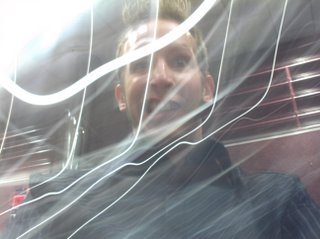 Posted by Matt Mikalatos at 2:16 PM