The Golden Age Has Passed Us By

Do you remember the early days of video stores, when the clerks were people who cared passionately about movies and had an encyclopedic knowledge of all films, whether they were brilliant works of genius or depraved pieces of garbage?

Here's a real conversation with a real video store clerk from today:
Me: Could you help me? I am blanking on the name of the Wes Anderson movie that had Bill Murray in it.
Clerk: (Blank stare)
Me: It was sort of making fun of Jacques Cousteau.
Clerk: Lost In Translation?
Me: No. Definitely no.
Then we had to introduce Clerk to "The Book." The Book is the video store answer to having clerks who don't care about movies anymore. It lists movies by actors, directors, genre, things like that. 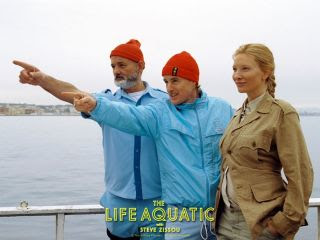 I remember the days when you could say, "Wes Anderson film with Bill Mu--" and the clerks would roll their eyes, dismiss you and say, "The Life Aquatic with Steve Zissou." How dare you waste their time with a simple one like that?
And then you'd try to stump them: "Do you have a copy of Mark Hammil's first appearance?" And they would say, "Television or film? Because I think we do have a copy of The Bill Cosby Show episode 'The Poet' from 1970 but if you're talking film I suppose it might be 'Wizards' which came out in March of '77, but it was animated so it was only his voice. In which case it would be Star Wars episode IV which came out in May of the same year."
Question: Where did those people go?
Question (2): Could it be the ready availability of information on the internet that causes clerks to use it as a sort of external memory system thus allowing them to spend little or no time watching movies or having opinions on them?

P.S. Don't forget to vote in the sidebar poll.
Posted by Matt Mikalatos at 10:22 PM