The Butterbean Stories (part 4-6) by A

Continued from Butterbean parts 1-3 by A. Feel free to leave comments, because A loves to get your feedback on her work.

Today we're talking about how Butterbean and his friends discover a new person. Do you know what all the butterbeans discover behind a world? A magnificent world of pegasuses flying in the air. 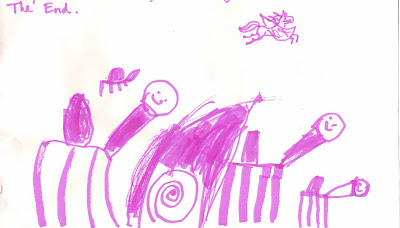 Posted by Matt Mikalatos at 8:30 AM

Email ThisBlogThis!Share to TwitterShare to FacebookShare to Pinterest
Labels: A, butterbean, pegasus, stories from my children