The Kickball Theory of Election 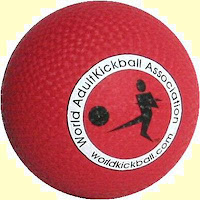 Krista missed a theology class while we were in Lithuania, so we caught part of it on television when we got back (a friend recorded it). The professor explained various theories of election.

This is part of soteriology, the study of how exactly "salvation" works, and what that means. "Election" studies how exactly people become Christians (i.e. how does God choose them). The questions get a little nit-picky. When does grace enter in? Are all people given grace to respond to God or only the "elect"? Does God elect everyone? Certain people? Certain groups? If he elects you to go to Heaven can you say "no thanks"? Does God want everyone to be saved? Does God choose some people to go to Hell or does he just not choose them to go to Heaven? Do we have a choice in all this?

All of the theories have pretty fancy names and some of them have complicated arguments to explain their point of view. Some of them are named for Dead Guys who wouldn't necessarily agree with all the points of their own theories anymore now that they've been parsed, explained and debated.

That night I had a dream. A voice said, "This is the Kickball Theory of Election." That's weird, I thought. What does that mean?

Then about twenty kids lined up against a wall near a baseball diamond. God walked down the line and said, "Mike, Susie, Jan, Frank, Sam, you're all on my team." There didn't appear to be a captain for the other team. I wondered if Satan would get a chance to pick a team or something. I did notice that, unlike the playground, God didn't take turns while picking his teammates, he just called them all out at once.

Then the theologians came up. They were all wearing long white coats, like scientists. They looked carefully at "the opposing team" and then at the "elect team."

Theologian #1: Why did he choose Mike? He's a terrible kickball player.

Theologian #1: Could they have refused to join his team?

Th #2: They appeared to be happy to be chosen.

Th #1: Of course. Recall your own youth. One is always happy to be chosen for a team.

Th #2: I wish I knew why he didn't choose, for instance, Jim over there.

Th #1: Will God choose to be first up to kick, or will he choose the field? Who is he playing
against? Why are the teams uneven? How did he choose? Does everyone have to play? Why weren't we up against the wall? We're on his team, right?

I never did get to watch the game, either.
Posted by Matt Mikalatos at 8:14 PM