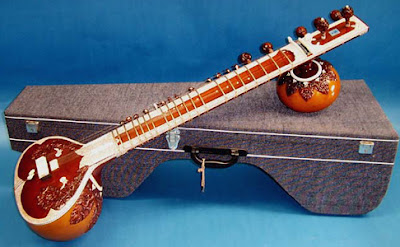 Last night we went to a concert at church by the band Aradhna. The band was started by a couple of missionary kids, one of whom grew up in Nepal ("eight hours walk from the nearest road") and the other in India.
They perform traditional Indian bhajan devotional music, but with a couple twists: one, every song is about Jesus. And two, in addition to the sitar and traditional drums (not sure what those are called) they also use guitar and electric bass. It's a sort of fusion sound.
It was pretty cool. They've performed all over the world, and have even been asked to perform praise songs to Christ in Hindu temples.
And of course there was free Indian food, which just can't be beat.
Posted by Matt Mikalatos at 9:08 AM

Email ThisBlogThis!Share to TwitterShare to FacebookShare to Pinterest
Labels: village