A conversation with Hans Christian Andersen 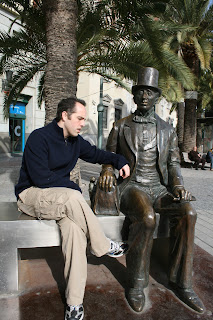 While staying in Spain, we happened to run into Hans Chrisian Andersen sitting on a park bench. If you look closely you can see a little ugly duckling in his briefcase. I sat for a while and talked to him about the challenges of the writing life. 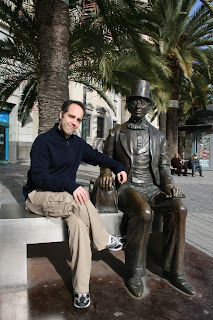 About ten minutes later I discovered that "he" was actually just a statue. I think the look on my face says it clearly. Krista knew it was a statue all along.