Saying goodbye can be so difficult....

Back in April of 2010 my first book, Imaginary Jesus, hit the bookstores. It's hard to express how cool that was, and how much I love this book... it's sort of like (in a less significant way) having a kid. I'm proud of this book, even if it never grows up and graduates college and, say, earns me an honorary doctorate. And I'm enormously happy that this book found a publisher and has so many fans.

I love the cover, which has the perfect blend of humor and slapstick graffiti, with the defacing of this poor Aloha-shirted man to make him look like Jesus. I love the design. Some great authors and reviewers said a lot of amazing things about this book (some of them like the book more than I do!). 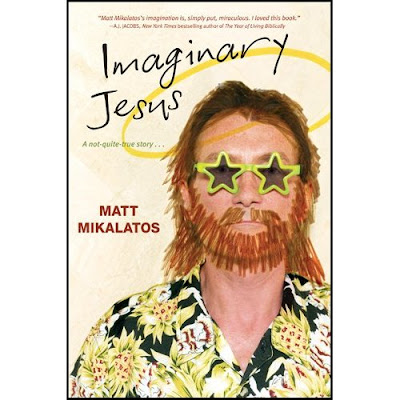 One of the challenges with the book, however, has been getting it into the right people's hands. We discovered soon after the book came out that a lot of people -- particularly Christian readers -- were a little intimidated by the title and cover. We got questions pretty often from people about whether the book is saying that Jesus is imaginary (Ummm... no. It is, after all, published by Tyndale House, a respected Christian publishing house). It seems that the majority of people who read the book love it, but let's face it, if you're browsing the Christian fiction section of the bookstore, you are probably looking for a thriller or a romance. 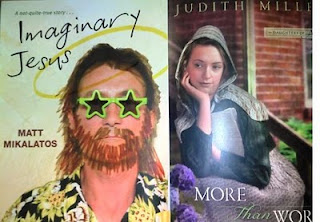 I'm not sure that standing next to an Amish romance and a Christian thriller has put Imaginary Jesus into lots of people's shopping carts (yes, I realize that most of you don't use shopping carts at the bookstore but I really like books).

All that to say, some people looked at the book and thought, well, maybe it was too big a risk (I assure you it isn't). Maybe it was disrespectful (it's not). Maybe it's making fun of God (NO WAY! Do you think I'm dumb or sumpthin?).

So. My beloved publisher approached me and said, "You know, let's try again. Your book isn't getting to as many people as we would like. Let's give it another shot. Sort of like how they are completely re-launching the Spider-Man movies." Technically, they did not mention Spider-Man. Of course I was up for that. Here are some of the NEW AND IMPROVED bits you'll notice in the re-release.

One, a new cover: 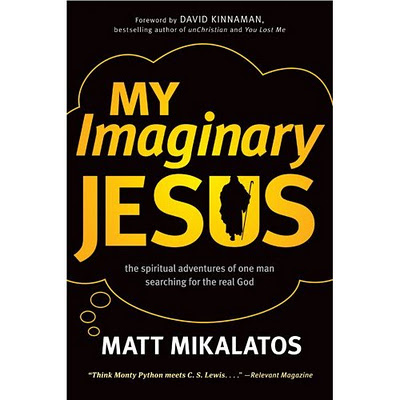 As you can see, the new cover is designed to reflect the cover from Night of the Living Dead Christian, which should make these books look lovely on the shelf together. 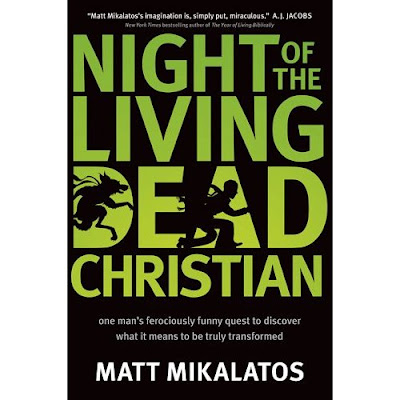 Two, a new, more possessive title: My Imaginary Jesus. This should help clarify that the book is not saying that "Jesus is imaginary" but rather "we all have some misconceptions about who Jesus is." Likewise the new tagline, "The spiritual adventures of one man searching for the real God" should make it clear that the book endorses belief in God.

Third, an introduction by David Kinnaman, author of You Lost Me, unChristian

and president of the Barna Group. I just recently read the intro, and it's a lot of fun. I think you'll like it. This should set some minds at ease, too. David is a trusted voice in much of the Christian community and he likes numbers and stuff, which shows that he is smart and a voice of reason.

We've also added in a small group discussion guide (something that I get asked about with astonishing regularity) as well as QR codes that will allow you to be guided through the discussions by YOURS TRULY in a series of videos. That's right people, QR codes. The future is now. I had to go into the computer like in Tron to make this all happen, but that's the sort of dedication I bring to the table in making the new and improved My Imaginary Jesus newer and more improveder.

All of this in an effort to help people see that this book is not only sidesplittingly hilarious, but also a book to be taken seriously... that it has some (hopefully) deep things to say about what it means to be in a relationship with a relationally present but physically absent Christ. Hopefully the new packaging and cover will make it easier for people to give it to a friend, suggest it to their pastor, get it as the church book-club book of the month and so on.

Anyway, to the details:

MY IMAGINARY JESUS releases on April 1st! This is not a joke, and there will not be a post on April first saying, HA HA, FOOLED YOU. No. It is for real.

Goodbye, Collector's Edition Imaginary Jesus, with your hilarious cover and silly antics. We shall miss you! Hopefully your new and improved incarnation will bring us comfort.

Posted by Matt Mikalatos at 3:00 PM