What If... Imaginary Jesus Was Written By Someone Smart? 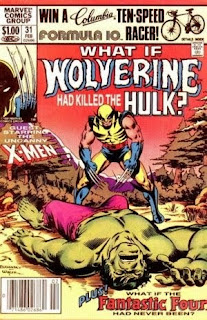 I used to love the "What If" series of comics, in which Extremely Important questions were asked, like, "What If Wolverine Had Killed the Hulk"?  As I recall, the poor Canadian mutant went on the run and eventually killed Magneto while tragically dying himself.

But enough comic drama.  I received an email this morning from BHR minion Vincent Lin from Taiwan who wrote in to tell me that he had read an article online that made him think of what Imaginary Jesus might be like.  I took a look at the article and realized it was a sort of "What If..." story itself.  "What If... Imaginary Jesus Was Written By Someone Smart?"