In which a child is wearing a faux coonskin cap, to my pleasure and his chagrin

Dropping my girls off at school, I noticed a young man wearing a faux coonskin cap, set at a jaunty angle upon his head. It reminded me of my own youth, of a strange little (actually functioning) horn made to look like it came off an animal, and of Disneyland which is, I think, where I got my own coonskin cap (faux save for the tail which was REAL and no, it never occurred to me at the time that there was a maimed raccoon out there, sitting on someone's back fence and lamenting his lack of a striped tail). Strangely, I had been singing the "Davy Crockett" theme song to myself only the day before (or, that is to say, I had been singing the phrases I remembered so that it sounded like this: "something something something something, killed him a 'bar' when he was only three...").

In any case, as I passed the young lad with the mammal-inspired cap I casually said, "Great hat.  It's really cool."

And the boy's face fell.  I could tell I had ruined his whole day.  It was one of those moments where you can see a phone book length missive written in the disappointed eyes of a child, and I knew that several topics he was dealing with included: why a lame old man thought his hat was cool; I thought I was going to be a rebel wearing fur this close to Portland and now I am being encouraged by an authority figure for my act of daring; and, not least by any stretch, oh no have I made a terrible wardrobe choice and will my friends mock me instead of giving me an amazing nickname like Coonskin Cody.

I wanted to grab the kid and tell him it was going to be alright and that he could always take the hat off, but you and I both know that once you wear the coonskin hat into class you have to wear it all the way home.  There's no backing out. 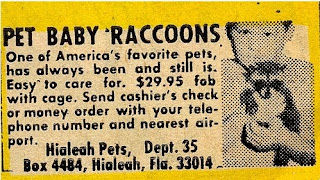 So, kid, if you're out there, I hope you had a great day and were universally praised by your peers for your coonskin hat.  And if they mocked you and made fun of the hat, don't be ashamed.  Don't give them that power over you!  Wear your hat proudly, and, if you can, take it a step farther.  Get a pet raccoon and take it to school.  They won't be making fun of you then.  It's not too late, you can still turn this into a reservoir of cool the likes of which will cause them to the remember you from the fourth grade to the retirement home. I was proud to see your genesis, Coonskin Cody.
Posted by Matt Mikalatos at 6:28 AM