Tolkien Week: Top Ten Hobbit Covers from around the world

As you know, in honor of Tolkien Week and in celebration of my new book, The Sword of Six Worlds, we're talking about all things Tolkien here at BHR. Today I thought it would be fun to take a look at my Top 10 Lord of the Rings covers from around the world. 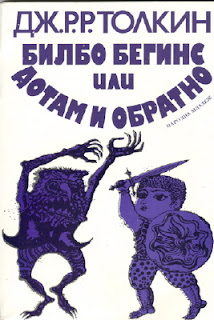 I like how Bilbo looks like a baby in this one, and he's fighting the creepy monster, whatever it is. 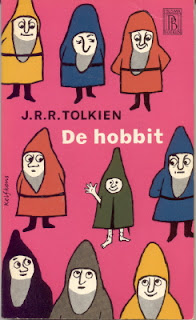 This cover gives me hope that my kids have what it takes to make professional book covers in some countries of the world. 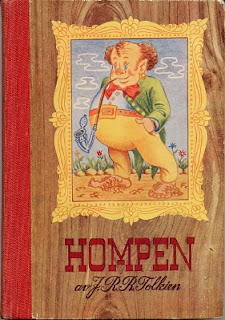 This is pretty much how I pictured Bilbo when I first read the Hobbit, though the pipe is rather longer than expected. 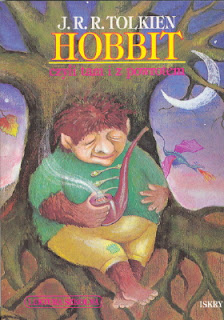 Weird things to like about this one: It appears to be saying that by far the most important thing in the book is the pipe smoking. Notice the return of the giant pipe, and also that the dragon in the background is about the size of a sparrow. Bilbo doesn't seem to mind the dragon, and why would he? He has a pipe, after all. Also, the moon has managed to get itself stuck in that tree. Notice how it overlaps the branches. 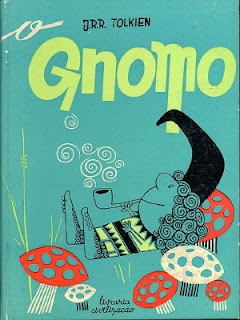 We might as well stick with the pipe theme. Apparently, if you live in Europe, the Hobbit is mostly a story about a little hairy guy who really likes to smoke his pipe. In this cover, in addition to being called a "Gnomo," Bilbo gets to lay his head down on a mushroom. Are there lots of mushrooms because the Hobbit is a kids' book and we must use mushrooms to show how small he is? Or is it a reference to the pipe? You decide. 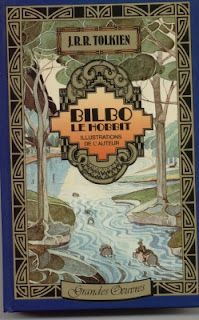 I like this French edition, but not because of anything weird. I just enjoy the decorations around the edges, and the fact that it appears to actually have a scene from the book on the cover. 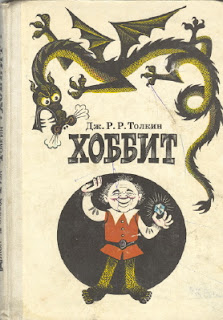 I enjoy the comically unconcerned Bilbo on this cover. "Look, I found this diamond in a hole. Isn't that wonderful? Hmmm. What's that I hear above me? A snarling dragon? Ha ha ha ha. Wonderful!" Also, the art appears to be by Pauline Baynes, who did all the illustrations for the Narnia books that I read as a kid. Anyone know if that's actually her? 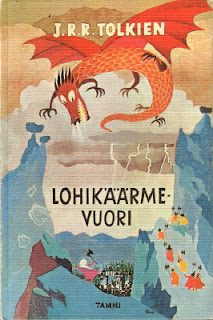 I really enjoy the depiction of Smaug on this cover. He looks so happy, like he's about to fly down and take someone for a joy ride. I also like the tiny guy in the pink robe threatening him with an axe while all the others are running away (?). 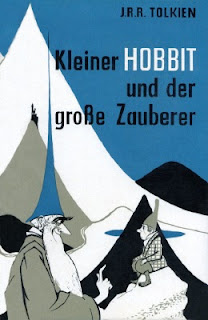 I find the style of this cover absolutely charming. It shows a scene from the book that is pretty much constant: Gandalf sitting Bilbo down to give him a speech. The hats are awesome, and Bilbo's little checkered jacket makes me laugh. This is a winner.

NUMBER ONE. The best cover to "The Hobbit" ever. 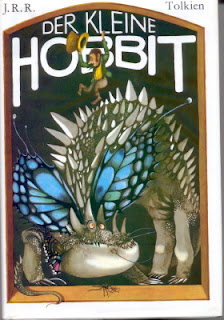 Come on. Smaug as mutated butterfly lizard? Bilbo is dancing on his back as if it's a Broadway musical, complete with top hat. This cannot be beaten. I love it forever.

HOW ABOUT YOU? Which cover is your favorite? Or is there another that you prefer that's not listed here?

Posted by Matt Mikalatos at 5:17 AM