Five Terrible, Horrible Things About Campus Crusade for Christ's New Name and Why We Still Chose This One

This is probably a post in which I should remind people that the things I say here are my opinion and don't reflect the opinion of Campus Crusade for Christ, and is not endorsed, edited or approved by CCC.

I was on the team of people who helped choose Campus Crusade for Christ's new name. Cru. That's right. For the last year I've been in meetings at the corporate headquarters in Orlando, I've been on all-day conference calls, I've looked at e-mails and logos and color-swatches and kept my mouth shut about what was going on for the sake of keeping it all under wraps. I didn't make the final call (I have no authority to make a decision like that), but I shared my opinion with our leadership along the way.

The name we landed on, Cru, was not my first choice. In fact, I remember early on in the process, when we still had about a thousand names on the "potentials" list, talking with another member of the team (I didn't get his permission to share this, so I won't use his name) and saying, "I hate that name. If there's one name it won't be, it's that one." He disliked it as well. And, in fact, it was eventually dropped from our list of names and was only added back in later because we needed one more name for a research project we were running, a sort of "benchmark" name, and a lot of our campuses have used the name in the past, so we threw it in because it's what a lot of people called us already.

Now, over time I've grown used to the name (I've known for a few months this was the way things were likely to go). In fact, I'd say I went from depressed to apathetic to excited as this name became more and more real. But, let's be honest, every name has some drawbacks. So let's get them out on the table, shall we? I'll list the worst things about the name and then we can talk about why it's maybe not so bad as it seems at first glance.

1) Rather than completely removing the most offensive word out of our old name, Cru abbreviates it and makes it our whole identity.

This was my initial objection to the name. I've seen several blog posts (mostly by non-Cru staff) and have heard a lot of people say, "When someone asks me what Cru means, I'll just have to say 'it's short for Crusade' and then we'll be back to the same place we were before." I thought this, too. But guess what? No one asks that. I've been testing it out, and so far not a single person has asked me what Cru means when I say that I work with a non-profit called Cru. They don't care what it means. Cru might as well be semantically unrelated to our previous name for all anyone cares. People care about what an organization does for them, not what its name means. So, assuming our name doesn't scare people away, we're going to be fine. When I realized this, I felt better about the name.

2) People are going to be confused by our name and think of other things that sound like Cru.

It's true. A lot of people are going to think of this: 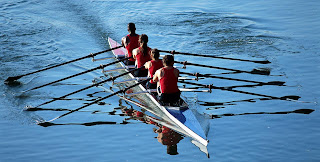 Wine critics are going to think of this: 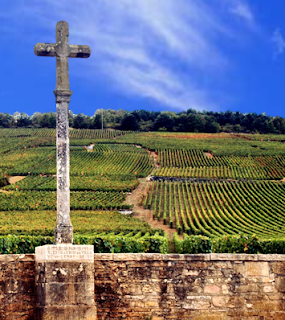 Oh hey, that one's not half bad. I suppose some people will think of this: 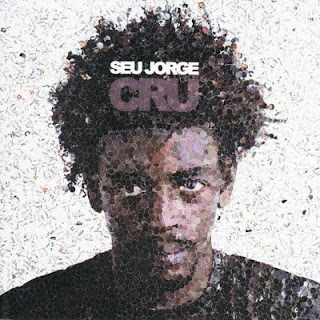 Okay, yes. It's going to be annoying how often we're going to get confused with rowing teams. And yes, it's going to be frustrating to occasionally hear jokes about vineyards and wine bars. I'm guessing we'll rarely hear  about Latin pop, but what do I know? Maybe it will be constant.

On the other hand, we won't get confused with this anymore: 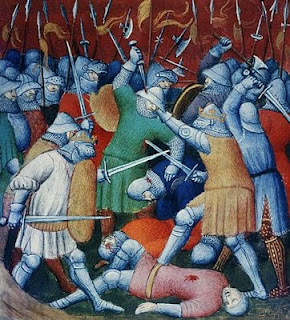 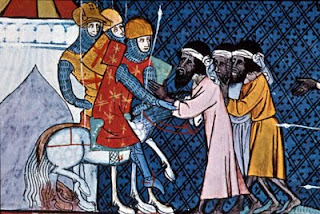 Let's keep the drawbacks in perspective, shall we?

3) Please oh please tell me that there aren't going to be constant Cru puns.

But there are. I've already seen "famous" Cru staff being called "Crulebrities." I'm sure we're going to hear about Cru Cuts (a movie ministry, maybe?), a submarine Cru, comparisons to Cru-ella DeVille by the critics. I'm sure there will be other, more creative (cruative?) puns to come.

I don't see much of an up side to this. Unless you happen to like puns, in which case, you're welcome.

4) The response of some Christians makes us all look ridiculous.

I debated whether to include this one. In the end I decided to include it because I think it's true, and I'm trying to be honest here.

This isn't really the name's fault, but the response in some quarters to the name change has made Christians look unintelligent, petty, and like they are people with a shallow belief system. I'm not saying they ARE those things, but that's the impression they give. A couple quick points on this:

* When someone says "dropping Christ from your name is evidence of dropping Christ" outsiders look at them and think, "Wow, their faith is shallow." If changing the name of your organization threatens your commitment to the things the organization stands for, then you have to wonder if you were committed in the first place. It also just seems silly given that the SAME PEOPLE go to churches without Christ in the name. "Oh, but it's dropping the name Christ that's wrong." Really? Is there a rule book somewhere about these things that I missed? If that's true, then the converse would be true, right? It would be superior to ADD Christ into the name of other organizations. If a single church or organization added Christ into their name in response to our name change, I would be amazed and actually respect that. But that's not going to happen.

* The people who say they think the change is "politically correct" reveal what appears to be a politically motivated faith. Cru doesn't make decisions based on politics. Ever. We don't back certain politicians or bills or laws. It is disconcerting how many Christians are watching our name change through a political lens, saying things about how it's evidence we're losing the culture war, etc, etc. It's simply not something we consider. Our organization exists to tell people about Christ, not to win at politics.

* Non-Christians watch the whole conversation with confused uncertainty. Things I've heard from them:
"Why are Christians attacking you for making your name less offensive? Do they want to offend people?"
"Do all Christians form their opinions by watching Fox News?"
"Why are people accusing your leadership of lying about why the name is changing?"
"Do Christians really think they can tell another person's motives and whether they're good or not without talking to those people?" 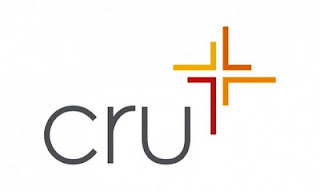 "Why isn't it sufficient that you have a cross in the logo? Doesn't that show a commitment to Christ?"

The problem is not so much the positions being taken (that's fine if that's your opinion), but the shrill, hysterical tone taken on by many. It's refreshing when someone comes to us with an honest question about things, instead of shouting THIS IS EVIDENCE OF YOUR APOSTASY. Yes, some people have said that. Oy vey, Christians, pull it together.

Whatever name we changed to, the experts told us to expect a short term drop in financial support for the organization. This is because change is hard, and people use the change as a reason to move on. It doesn't matter if we had changed our name to "God's Knights" or "Christ Christ for Christ" this would still be the situation.

However, in light of the fact that we believe this change will widen the population of people who will hear the gospel from us, this is an acceptable loss. I'm proud of our leadership, actually, for making a decision that goes against the "bottom line." It's tempting to make decisions based on our finances, and I think it's amazing that our leadership made a decision based not on money but on effectiveness and potential for spreading the good news about Jesus Christ.

So, in conclusion: there are some real disadvantages to the new name. I honestly believe they are lesser disadvantages than our previous name had, and that many of these current difficulties can be overcome or lived with.

While I was writing this post I got a note from a friend on facebook who said this:

Matt, I have been a Young Life staff/volunteer/supporter for over 40 years. While YL may be a bit more descriptive than "CRU", it's not definitive. Often mistaken for a Life Ins. Co.. The strength is in the work! You and your counterparts in "CRU" will continue to make the work of Christ first and foremost. God and your good efforts will make the name "CRU" shine as a beacon for Christ. Bless you all!!!

That's a good reminder of what matters most... continuing to make the work of Christ first and foremost. I pray that will be true for all followers of Christ (regardless of the names of our organizations!).

Previous posts on this topic:
* Cru: a name "without meaning"
* The criteria we used in the name change process and why they matter.
* Name change overview
Posted by Matt Mikalatos at 7:44 AM