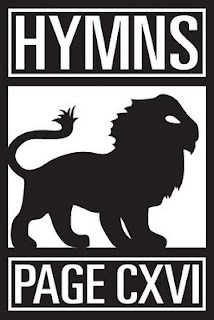 Today through May 4th you can download, for free, the entire first Hymns album by up and coming rock band Page CXVI.  Here's the link for that album.  Page CXVI has an amazing sound, and I'm glad they're giving this album away.  Part of the idea here is that you will love the first album and want to buy the new one, which is releasing this week.  You will want to buy the new one.  I'm going to go buy it right now.


You may recall that I've written about this band before.  They are always trying to be all anonymous because they want people to focus on the music and not get caught up in a celebrity lifestyle.  Well, I don't want you to have to worry about it, so last year I revealed their identities.  I have listened to this album (the first one) about a thousand times.  It's really amazing, and it has done exactly what they designed it to do... brought new life to beloved hymns.  I love hymns, I really do, but frankly I do not listen to them outside of the church building.  Or I didn't before this album.  If you're skeptical (why be skeptical, it's FREE!), take a listen to a couple of songs.  I love their version of "Joy".  And, well, their version of everything.  It's powerful stuff.  Take a listen and leave your thoughts here, if you like.

Their name and logo, by the way, comes from C.S. Lewis' The Magician's Nephew. Page 116 is the page (in the edition they were reading) that Aslan sings the world into being.  They wanted to allude to the creative power of God and the power of godly music to transform and create. In my edition it's the part where the witch tears out the lamppost and goes after the taxi driver with it.  Which would have made a cool logo, if you try to picture it.

Look forward to hearing what you think!
Posted by Matt Mikalatos at 6:30 AM