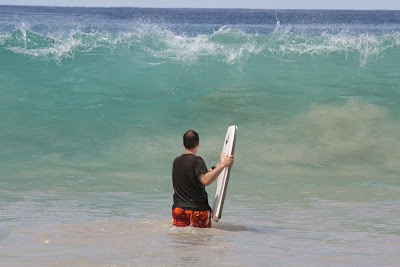 Here's me boogie boarding at Poipu Beach yesterday. I'm planning to go again today. While I was further out a giant sea turtle came up to investigate and waved a big leathery fin at me. It was about ten feet away, which was cool.

The kids had fun, too, though they eventually gave up after multiple dunkings. If you look at the picture below you can see A on the left, smiling and laughing at a brownish lump in the surf toward the right side of the picture. That would be the top of Z's head. 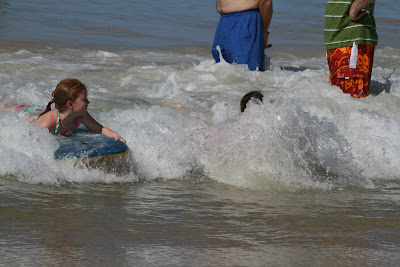 Here's a picture of Z's hair after being rubbed several times into the ocean floor yesterday morning. 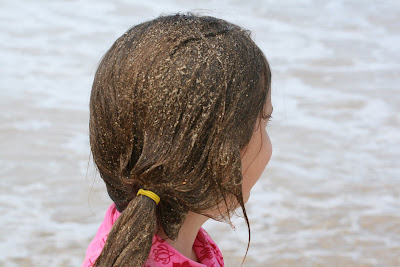 But as you can see she was still having fun. 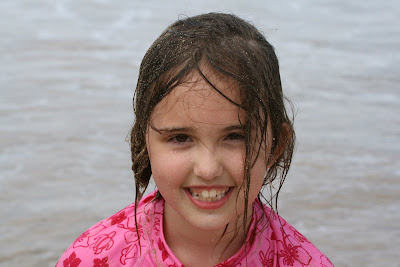 I got bounced pretty hard a couple times myself... I went out further after the kids gave up. One time a really huge wave was right on top of me and I couldn't decide whether to go for it or go over it and then it broke right on top of my head. It was like getting a trip to the chiropractor and using a netti pot all at once. It was a lot of fun.

Anyway, I should get off the internet and go do something on the beach. Later!