Green Lantern is getting dissed by my daughter 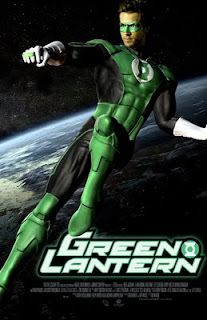 There was an advertisement on t.v. last night for the new Green Lantern movie.

My eight year old, A, was sitting beside me on the couch and I said, "I'm going to go see this movie."

A: What is it called?

Me: Green Lantern. It's another super hero movie.

A: Why is it called that?

Me: He has a green ring that has all this power.

A: That's a dumb name. It should be called Green Ring then.

Me: Yeah, but the ring is powered by a green lantern.


She looked at me skeptically.

Krista: It was made up a long time ago.
Posted by Matt Mikalatos at 6:33 AM