An update on Silence 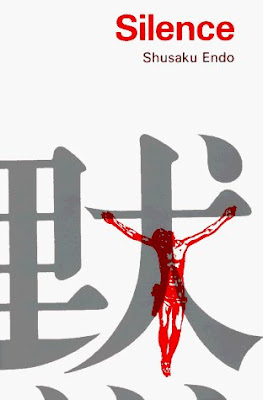 After World War II there was a sudden surge of quality Christian art and literature in Japan. As the fuedal system collapsed many from the samurai class abandoned their traditional beliefs to follow Christ... in fact, most of the earliest believers following World War II were samurai class. Many of the artists from this time have become some of Japan's most revered 20th century artists. One of the best respected of these was a Catholic novelist named Shusaku Endo.

I've been reading Endo's most famous novel, Silence, this week. It takes place in the 16th century during a time of brutal oppression for the Christians. Father Sebastian Rodrigues hears word that his old teacher, a missionary in Japan for the last thirty years, has abandoned the faith rather than accepting a glorious martyrdom at the hands of the Japanese government. Disturbed by this report, he and two other priests set out on the harrowing journey to a nearly inaccessable Japan, determined to learn the truth.

It is an amazing book. I've just passed the halfway point, and already this book haunts me, and has given me a clearer picture of suffering and persecution, faith and discipline. There are scenes of peace with a strange clarity in the midst of the destruction all around Father Rodrigues, and a Christ who speaks softly in the midst of the apparent silence of God in Japan.

I'm looking forward to the end... I'm going to go read it right now.
Posted by Matt Mikalatos at 4:29 AM