Here you are, on stop 24 of the scavenger hunt for a chance to win an iPad Mini. If you're doing them in order, only nine more to go! And, for my regular readers, you can see an article I wrote on stop 23, right here.

If you'd like to go to the beginning and find all the clues to put you in the running for an iPad mini, you'll want to start here.


Here at the Burning Hearts Revolution, you have the unique privilege of hearing from author DJ Edwardson about his book, Into the Vast. Let's get to it!

What genre do you write in, DJ? 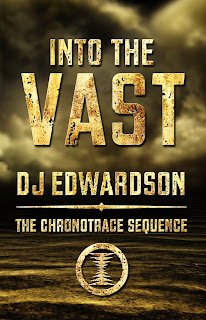 You know, that’s a fair question, but I’m actually not a big proponent of genres. I like to refer to my work as “something in the genre of imagination”. For me, that imaginative element is the aspect I’d like to be known for as a writer, not a particular genre. I realize that for some people that might not be as helpful so I do use the Science Fiction and Fantasy categories when marketing my work just because, broadly speaking, I think that’s how it’s perceived, but I love incorporating both archaic and futuristic elements into my stories and mixing them together so you can expect a little of both in most of what I write.

Tell us a little about your books.

Well, I am currently writing “The Chronotrace Sequence”, a three book series. Book 1 is out now and book 2 should be out before the end of the year. The title of the first book is Into the Vast and it features a lot of advanced technology, but it has a spiritual dimension running through it as well. I’m really happy with how it turned out. I’d point out that there is a glossary in the back for new readers because a lot of people read it and there are all these new technologies and terms and then they get to the end and they’re like, “Oh there was a glossary! That would have helped so much!”

Who are some of the authors who have had the strongest influence on your writing? 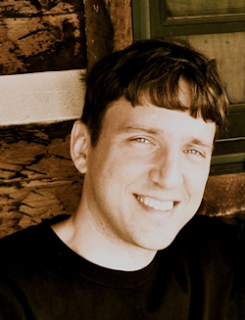 I’d say principally the work of C.S. Lewis and J.R.R. Tolkien, a couple of Oxford mates whom you might have heard of. And not just their fiction, but they also wrote a few essays which had a huge impact on me, specifically, “On Stories”, by Lewis and, “On Fairy Stories”, by Tolkien. Another influence on my writing came, surprisingly, from an essay written by Bram Stoker. I’m not as much a fan of his work, but, in his essay, “The Censorship of Fiction”, he talks of a writer’s duty to his reading audience not to harm, not to engage in salacious storylines which appeal to man’s baser natures. So I don’t include any language or risqué content in my work. Mostly it’s because of my faith, but I also believe a writer—any writer—owes his readers to write something that would be worth their time, something that focuses on the good, the true, and the beautiful and hopefully leaves them in a better place for having spent time in a story’s world.

What inspires you to write?

Lots of things, actually. My faith, my family, my love of good stories. I actually made a short video about this recently called “fiction as light” and I used light as a metaphor in that to try to say that writing can shine a light in dark places, in hopeless places, and that good stories can be an uplifting, life-changing thing. That’s what I believe, and that’s why I write.

What do you want readers to take away from your book?

I hope they find “Into the Vast” both engaging and thought provoking. I hope they reflect on what it means to just embrace technology blindly the way we have in society today and reflect on what might be the possible outcome of going down that path. At the same time I hope they have a renewed appreciation for things like friendships, family, freedom, things that we can often take for granted. The novel is not meant to be a “light” read or strictly entertaining, though some readers will probably see it that way. My hope is that it would really make people think about some of these things I’ve mentioned.

Do you listen to music while you write? If so what are some examples?

Absolutely. I write on a laptop so I always have access to music and I’ll usually pick one album or sometimes even a single song and just put it on repeat. For instance, I think “Requiem for a Tower” has over 5000 plays on my play count! I always listen to movie soundtracks. Others I’ve used are the soundtracks from “City of Ember”, “Pirates of the Caribbean”, and “Transformers Prime”—the TV show, not the movie. That last one has a surprisingly good score for a TV show and it’s great for writing those, “epic” battle scenes.

What have you learned about yourself through your writing?

Hmm…writing is a lot like marriage and parenting; it’s a joy, but it exposes you in uncomfortable ways. You think you’ve got it sort of together and then you get a critical review, or sales aren’t what you expected, or the feedback and traffic dips on your site or in social media. All these can be incredibly humbling. I’ve also learned that I really need patience when it comes to editing. My natural inclination is just to push push push to get it done, but sometimes it’s okay to let a manuscript breathe a while, to do that time-consuming re-write of the chapter your editor is asking for even though you think the chapter is already pretty good as it is. So yes, I’ve learned a lot about myself through writing and some of it has been hard, but I’m just thankful to be on the journey.

Do you have any advice for aspiring writers?

I think some of the best advice I ever read about writing was from Isaac Asimov. I believe he said something to the effect of, “I only write when I’m inspired…And I make sure that I’m inspired every morning at 9 AM.” Writing is the cure all for everything. No plot ideas? Start free writing. Chapter’s going nowhere? Plow through to the next chapter and fix it later. If you listen to your characters and your words, often the solution will just come out. It’s really hard to explain. It’s a mystery, but that’s how inspiration works—at least for me. My own writing actually becomes the inspiration for itself somehow and I don’t really discover everything that I had inside me unless I just keep pounding that keyboard, letting the ink—virtual or otherwise—flow. So just keep writing.


Thanks to DJ for sharing his thoughts and telling us about his book. You can connect with him on Facebook, follow him on Twitter or check out his website. Now it's about time for you to get your clue. It's about a word long. It's about getting an iPad mini and a whole slew of awesome books. It's: "about."

Now, off you go to the next stop on the tour, and your next clue. Or, if you have them all, head HERE to enter the full mystery phrase and bring your scavenger hunt to a close.

Be sure to come back here for more fun later this week, or head over to Storymen.us to listen to my podcast!

Thanks for coming by and enjoy the tour.
Posted by Matt Mikalatos at 12:01 AM